When we ask our pediatricians if we contributed into our child’s autism, many would say NO!! But is that the Whole Truth? And that’s a NO….

I am not writing this to make us special needs mom feel any guiltier than we already do. My aim is to create awareness and to Understand the intimate reasons why autism is on the rise, why siblings of autism shows some common traits and might even be autistic themselves. This post is for the nerds and the thirsty ones in their quest to learning the bitter and real truth. God helping, some pregnant or to be pregnant mom might read this and take some added precautions to reduce the risks…that’s all I want from this. Let’s dig in to know how maternity health affects the chances of babies having autism in future!

Dr. Campbell said in her book, that we are physically creating our babies inside our bodies, for nine whole months, making them with what we are made of. So it is only logical to see if the conditions we had during our pregnancy was contributing. Some of the reasons are genes beyond our power, some due to the exposure of toxins in the environment, some are given by our parents (my mother used contraception pills, has ADHD herself, and were under extreme stress during her pregnancy with me and I have ADHD, had learning difficulties!!!), some are our eating habits, some imposed by the modern society and are nearly unavoidable. It will really help our kids more if we concentrate on learning more about the condition than on our guilt.

An unborn baby is sterile meaning they don’t have any microbes in their system or in their environment. During birthing as the baby slides down the birth canal it get its first shot of microbes from those present in the vagina of the mother! The vaginal microbial population in turn mimics that in her gut! So if the gut of the mother has imbalance than its only logical the baby will get those microbial flora as its first prototype, right? A healthy mother’s vagina has a large population of microbes such as Lactobacilus species namely Lactobacillus acidophilus, L. casei, L. fermentum and others. These bacteria keep the pH at about 4.7 which is acidic and doesn’t allow the fungi and other bacteria to grow. This normal flora is absolutely essential for her health. This flora is also affected by those residing in her partner’s genitals. This flora when damaged starts the onslaught of problems and chances of autism prevalence in future. We have established here that vaginal microflora and autism is connected.

Causes that damage the Vaginal Microflora…

Antibiotics and Other systemic antibacterial drugs: They have first person effect as these kill the vaginal micro flora too just as it kills mirrobes everywhere else in the body! Remember drugs don’t have brain that it will only affect the target, but drugs moves all throughout the body and carries its effect in all the tissues and cells! Recurrent Thrush is a sign that the mother has Candida albican fungi in her gut which leads to thrush in her vagina.

Contraceptive pills: Lends same detrimental activity as antibiotics. Modern women start pills at pretty young age and by the time she is ready to conceive the gut is very much damaged, sometimes it becomes hard to conceive in the first place.

Other Drugs: Such as Non-Steroidal Anti-Inflammatory Drugs (NSAIDs) read Tylenol, advil, paracetamol, motrin, butapen, chlorofenac etc! Yes these drugs that we pop like candies are damaging our flora. Other examples are sulphonamids, steroids, corticosteroids etc.

Poor Diet: Over eating, eating too much in short time, eating antibiotic rich produce and poultry, not enough fats, and nutrients, undernourishment are all contributing to disbalance.

Other causes: Infections killing the good bacteria, personal care products that wipes out good bacteria as it does the bad as well as high level of stress.

Baby’s 1st milk Colostrum is a very rich and potent feed for the baby’s gut as it helps in building the right microflora population. Bottle fed babies grow a completely different micro flora than breastfed while bottle feeding predisposes the baby to allergies, eczema, asthma and other health issues. Breast milk is also the way whereby a mother’s circulating nutrients, undigested food particles and her own toxins gets to the baby. But here’s a twist!  Since this micro flora is residing in the mother, her body will produce a host of antibodies against these pathogens and those antibodies will also reach the baby! A mother with severe gut disbalance will have it hard to nurse the baby as the baby will either reject the breast or fall asleep after a few sucks. Do you know why? Undigested milk proteins (caseins) and also chemicals that have similar structure as opiates like heroin and morphine are produced by her disbalanced micro flora. These chemicals seep into breastmilk and the baby falls asleep after a few sucks. A lot of the time a mothers undigested dairy products passes on to the baby and baby suffers from eczema. Mercury from teeth filling, toxins from what the mother is eating while breast feeding all contribute to the toxic load of the fragile baby. No wonder today’s babies are highly prone to autism, adhd, and other neurological disorders way more than the previous generations.

The old adage of treating pregnancy as a sacred, sensitive time is now proving to be right. In our quest to be independent and feminist we climb mountains while pregnant, we fly, we run marathons, we smoke, we undertake high performing and taxing jobs so as to not lose ourselves in motherhood…. We want to be strong, I get it.

This post is written By a career woman for the purpose of Creating Awareness. Many mama might not find enough support hence its important to create awareness to give pregnant women the support she needs. Having an autistic child is not the fault or intention of any parents….by being aware of the probable & scientifically researched and validated causes can help prevent future epidemic.

No one is momshaming you! No one is asking you to give up your dream project! Just time it as much as possible, stay healthy and stress free as much as possible, rest as much, eat organic…..you can only skyrocket when your ground is strong. I say, “We can’t launch rockets from swamp”. Maternal health during pregnancy period and birth should be taken very seriously to reduce the chances or causes of autism in our future offspring. 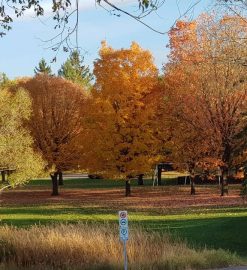 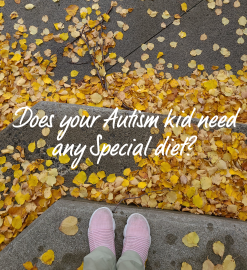 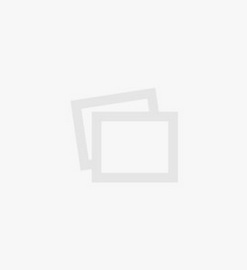